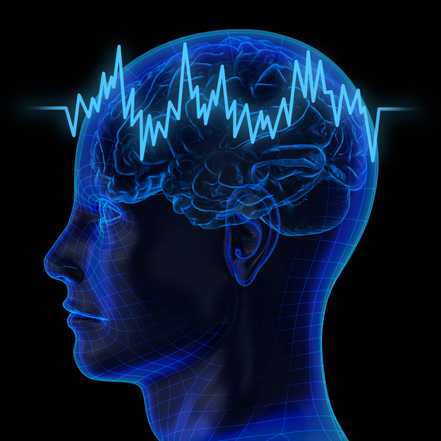 In this now-enlightening age it seems that every day more and more information is being given out about the extraordinary health benefits of the 432 Hz frequency. The octaves and harmonics of 432 exactly coincide with so many other vital functions in our world, including our own bodies! Imagine what that means for our soft-tissue brains…

Many people are now experiencing deeper and more restful sleep with more frequent and vivid dreams with the EC-1 desk top model and the personal use Biophosonic Coil. There is a reason for that.

The brain generates 5 different wave lengths beginning with the lowest at Delta and then progressing upwards through Theta, Alpha, Beta and Gamma. Many researchers report that there are only four brain waves consisting of Delta, Theta, Alpha and Beta, but that is not true. The Gamma state is very active and is primarily responsible for what we know as genius. Suffice to say, I myself don’t spend very much time there…

A simple explanation of the characteristics of the first four brain states can be found at: www.sleepdisordersguide.com. Following is an excerpt:

Brain waves are defined as rhythmic fluctuation of electric potential between parts of the brain as seen on an electroencephalogram (EEG).
To measure brain waves, electrodes are placed onto the scalp using the EEG. There are five types of brainwaves:

Beta brain waves occur between 14 – 30 Hz but during intense mental activity can reach 50 Hz i.e., Beta waves characterize the conscious waking state at 14 cycles per second and up.

Beta waves occur in individuals who are attentive and alert to external stimuli or exert specific mental effort. Beta waves also occur during deep sleep, REM (Rapid Eye Movement) sleep when the eyes switch back and forth.

Alpha brain waves occur between 8 – 14 Hz i.e., the alpha state operates at a lower cycle, 7-14 cycles per second level. In general, the alpha rhythm is the prominent EEG wave pattern of an adult who is awake but relaxed with eyes closed.

When we relax and clear our minds of wandering thoughts or simply choose to ignore them, our brains generate alpha waves. In the alpha state, one is open to suggestion as the conscious logical mind is subdued.

Each region of the brain has a characteristic alpha rhythm but alpha waves of the greatest amplitude are recorded from the occipital and parietal regions of the cerebral cortex. Both daydreaming and sleep dreaming occur while in the alpha state.

Theta brainwaves occur between 4 – 7 Hz i.e., the theta state is 4 – 7 cycles per second. When you enter this type of mental activity such as daydreaming, fantasy, imagination, ideas, inspirational thinking, your brain generates theta brain waves.

Theta wave generation can be stimulated by a number of activities and sources. While it is possible to have psychic experiences in the alpha state, the most thoughtful experiences occur at the theta level. If you drive for a long while on a straight road, you can go into Theta state.

Delta brainwaves occur below 3.5 Hz i.e., brain wave activity in the delta state ranges from 0 – 4 cycles per second. This is total unconsciousness, deep, dreamless sleep. When we are asleep and not dreaming, the brain generates delta waves.

Delta brain waves may increase during difficult mental activities requiring concentration. In general, the occurrence and amplitudes of delta and theta rhythms are highly variable within and between individuals. 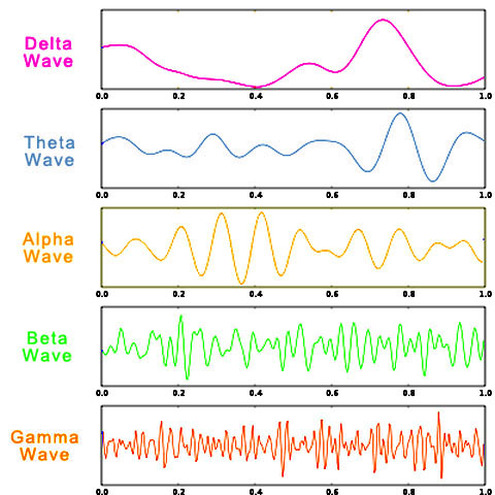 Now on to Gamma Brain waves. From omharmonics.com we read:

What are Gamma Brain Waves?

Gamma rays are the most energetic waves in the electromagnetic spectrum. On Earth, nuclear explosions and lightning produce gamma rays.

The ONLY similarity between a gamma ray and a gamma brain wave is that their frequency is extremely fast, with a small amplitude.

Gamma brain waves are a frequency pattern of normal brain activity that measures between 25 and 100 Hz. Gamma waves were essentially unknown before the development of digital EEG (electroencephalography) recorders since analog electroencephalography could not measure brain waves at that high frequency. Neuroscientists are beginning to discover the marvelous properties of the brain when it produces the gamma frequency.

Gamma brain waves are the fastest brainwave frequency with the smallest amplitude. They are associated with the “feeling of blessings” reported by experienced meditators with peak concentration and extremely high levels of cognitive functioning.

Neuroscientists believe that gamma waves are able to link information from all parts of the brain – the gamma wave originates in the thalamus and moves from the back of the brain to the front and back again 40 times per second – not only that, but the entire brain is influenced by the gamma wave. This rapid “full sweep” action makes the gamma state one of peak mental and physical performance. Gamma is the brainwave state of being “in the Zone,” that feeling that you can do anything. 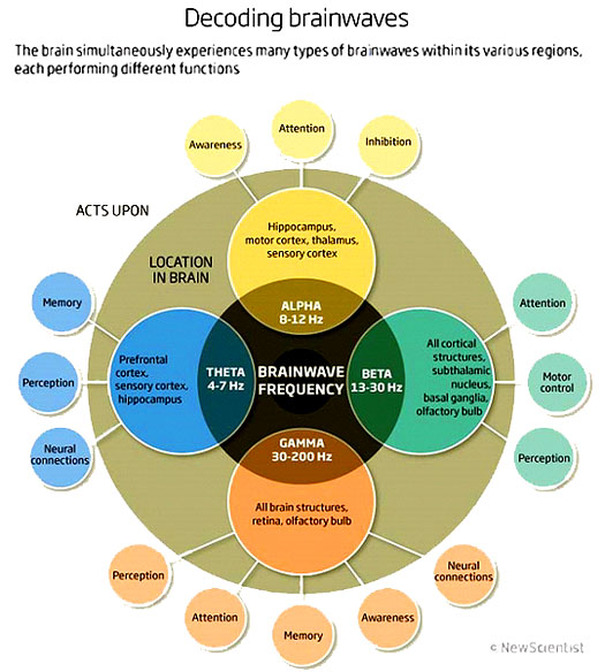 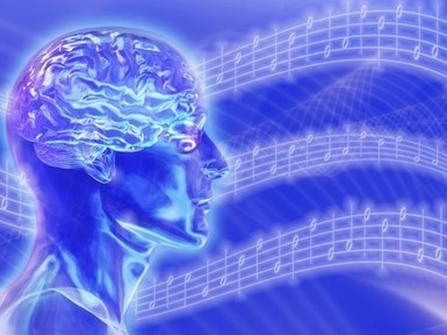 The benefits of producing the gamma frequency are:

Increased sensory perception. Senses are heightened when the brain produces gamma waves. Food tastes better; vision and hearing sharpen; sense of smell becomes more powerful and your brain becomes far more sensitive to all sensory input. This makes for a much richer sensory experience and a better perception of reality.

Increased focus. But this enhanced focus is not necessarily aimed at one individual object or task. In the gamma state, your brain is able to process all sensory information faster and more fully with greater sensitivity and combine the whole scenario into a highly memorable experience.

People with high gamma activity can recall everything about any memorable event – the food they ate, the music they heard, the conversations, the names of people they met, the air temperature, etc.

One of the most remarkable properties of the gamma state is the processing speed. The brain is able to process incredible amounts of information very quickly, remember it, and retrieve that memory later.

Gamma waves are present during REM sleep and visualization. Compassion comes from a feeling of oneness with all creation. This is the “feeling of blessings” and ecstasy that accompanies high levels of gamma brainwave activity. 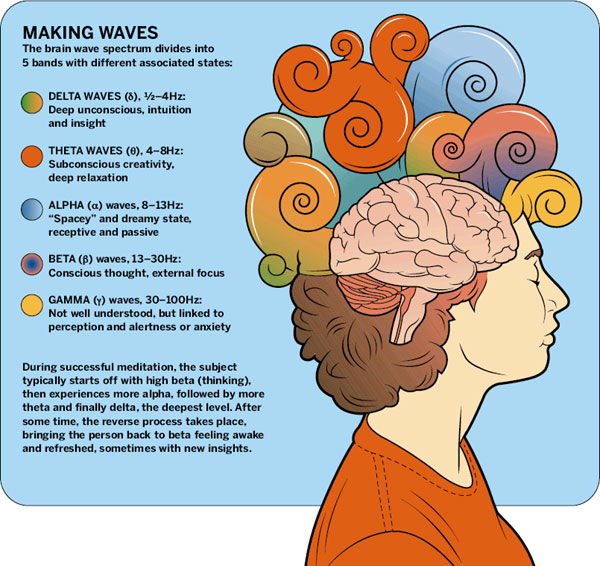 Simply put, virtually every brain wave frequency is part of the 432Hz family of frequencies. There is a lot of new information now coming to light that clearly demonstrates that the brain and nervous system can and do become entrained to whatever frequencies to which they are exposed. Research is now further confirming that when you are exposed to these healing frequencies, that your body begins to readjust and all physiological processes slowly normalize over time. 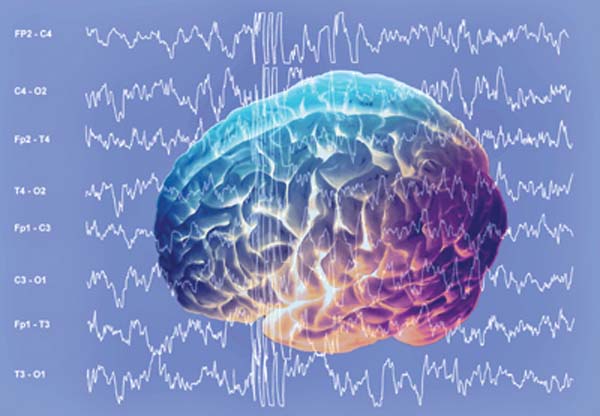 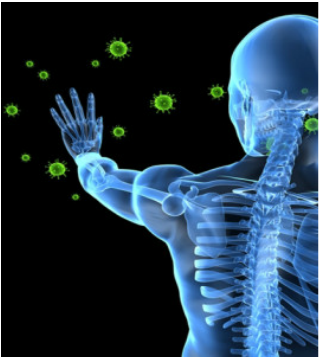 Some Final Points of Interest

Virtually all of the revitalizing sounds and inaudible vibrations of nature are also reflections of the 432 Hz symphony – from birds singing, thunder clapping, the soothing purring of a cat, waves lapping at the sea shore, waterfalls, humpbacks, crickets chirping, the Schumann Resonance, the wind blowing through the leaves of a tree, etc.

So are there any of us who can honestly say this is all just a coincidence?