“AquaVivos” ​”The Water of Life”

“AquaVivos (or Water of Life) Enzymatic Water Enhancer” is a proprietary water enrichment formulation designed to further increase the electrical nature of water.

​So what makes AquaVivos so special? Please continue reading to find out why.

​“AquaVivos” polyphenols (also called lysozymes) are actually concentrated vegetable-extracted colloids called micelles that measure approximately 1 ten-millionth (1/10,000,000) of a centimeter in size. Nano-technology has discovered that the biological activity of these amazing colloids is completely electrical in nature (remember Nicola Tesla from the previous article?). Each micelle has two electro-magnetic poles – one pole exhibiting a positive electrical charge, and the other pole an opposite, negative charge. This electrical differential produces a constant, measurable electrical charge when added to water – primarily because one pole of the micelle is hydrophilic (having an affinity for hydrogen in water) and the other pole is hydrophobic (or repels hydrogen).

Amazingly, these electrically charged particles continue to constantly repel one another in a ceaseless random orbit and movement resulting in the hydrogen ions in water becoming “supercharged” with free electrons that neutralize free radicals (more about free radicals follows later in this article). As a result, the hydrogen ions in the “treated” water become much more powerful “reducing” agents, helping the individual animal and plant cells to more effectively absorb nutrients, remove toxins (especially hydro-carbon petrochemical agents), destroy pathogens and parasites while producing energy. In essense, “AquaVivos” may be one of the most important nutrients available anywhere because it may help the cells to HYDRATE more effectively as it neutralizes harmful free radicals. Since most chronic and degenerative diseases are definitively linked to FREE RADICAL and DEHYDRATION factors, any supplement that both increases cellular hydration while working as a super anti-oxidant is of extreme physiological value.

Contaminants in water that act as free radicals are quantified and identified as totally dissolved solids, or TDS. Studies have shown that TDS particles are naturally attracted to the micelles in “AquaVivos” by what might best be described as an electro-magnetic “force field”. When the electrical attraction of the micelles is greater than the force holding the TDS particles together (this occurs in 98 percent of all TDS contaminants), then a truly amazing event occurs. The TDS particles literally transmute back into their original atomic state, which is of course primarily hydrogen and oxygen atoms. This is why TDS contaminants in water tend to evaporate or actually “disappear” in water treated with “AquaVivos”. This is especially true with water contaminated with free radical trihalomethanes (THMs), chlorine residues and benzene-based petrochemical contaminants. In short, almost all of the potentially harmful contaminants in water are eventually broken up into completely water-soluble ions of hydrogen and oxygen by these “super colloids”. Even ocean water with extreme TDS counts transmutes into fresh, potable water over time! This further explains why “AquaVivos” has anti-bacterial and anti-viral properties, as well as being a very effective cleaning agent with NONE of the harmful side effects of traditional household chemicals that are now known to be toxic and potentially deadly. This also explains why water treated with “AquaVivos” may help the body to remove dangerous toxins from the cells and tissues themselves.

​Independent test results prove that when Structured Water is combined with a small amount of “AquaVivos”, many types of harmful bacteria are killed on contact while at the same time the reproduction and growth of the body’s healthy aerobic flora is dramatically enhanced. The positive implications of this research are simply staggering. You can read the actual certified laboratory test results for the anti-bacterial activity of “AquaVivos” for yourself here.

In addition to obliterating many types of harmful pathogens, “AquaVivos” has been shown to exhibit one of the highest levels of anti-oxidant activity of any substance ever tested (as mentioned above). You can read the actual certified laboratory test results for the anti-oxidant activities of “AquaVivos” for yourself here. You can also read more about the science behind “AquaVivos” below.

“AquaVivos Enzymatic Water Enhancer” is packaged in 8 ounce bottles which is enough to treat up to 2,000 gallons of our Crystal Blue Structured Water when used as as human or animal supplement.

“AquaVivos” has also been proven to be highly effective for use with plants as a pesticide, fungicide, and as a superior plant nutrient at a very affordable price in discounted quantities ranging in sizes from 1/2 gallon bottles all the way up to 55 gallon containers. 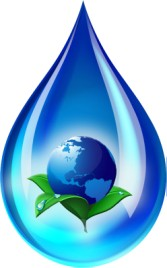